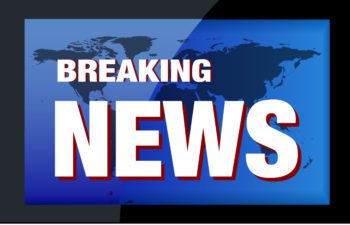 We have been investigating the Allansons Litigation Funding investment ever since the intervention by the SRA.  In fact, we were warning investors about this investment as far back as June 2018, long before it collapsed – see this brief warning here.

This was a very well-constructed investment which ensured that many of the usual potential investor recovery options had been considered at the very start and closed off to investors.

We have had a lot of enquiries from Allansons investors, but we have not felt comfortable with investors risking money on a potential recovery action whilst there have been so many unknown factors.

Added to that was the fact that there were some investors who misguidedly believe the SRA were at fault for intervening and that Allansons LLP, and its founder Roger Allanson, would yet save the day for them.  That was never a realistic possibility and we believe those investors are beginning to realise that.  We also believe some people have intentionally misled investors into supporting Allansons LLP and delaying action.  Their reasons for doing so are unclear, but we intend to look into that.  Their advice has certainly not helped investors.

The bottom line is that large groups of investors have been hanging on for a very long time.  They’ve been led to believe that progress has been made when in effect it hasn’t.  This delay has undoubtedly meant that some of the funds taken from investors have been transferred beyond reach.  This investment scheme raised £20m+ so the sums involved are not small.

We are always interested in any investment scheme which involves Dr Constantine Pagonis.  Readers of our other blog articles will know that he has been involved, in some capacity or other, in many collapsed investments.  He was very much involved in the Allansons Litigation Funding investment along with his regular finance partner domiciled in Poland.

Roger Allanson has recently announced that Allansons LLP is putting itself into voluntary administration, yet we note this has not yet been confirmed by publication in the London Gazette.  We are therefore sceptical until we see it has been officially published.

Some investors appear pleased with the announcement of the appointment of an administrator, assuming that Roger Allanson’s claims are true.  We believe they are wrong to regard that as a positive step.  Roger Allanson is appointing the administrator, not the investors.  We have seen many cases where an administrator appointed by a director does very little to assist investors, drags a case on for years and then liquidates the company claiming that there were no recoverable assets.  Creditors end up with nothing and wonder what the hell happened…… A director putting his company into administration once he has had the time to close off all loose ends is inevitably going to result in zero recovery for creditors.

We now feel we have enough leads that the time is right to propose to investors that they take action over the Allansons Litigation Funding investment.  We have partnered with a law firm to pursue actions against parties involved in the investment.  We cannot provide further details in this article because we are waiting for the law firm to approve a joint communication.  This should happen in the next few days and we will publish that communication.

Please click here to view a more recent article on this same story.