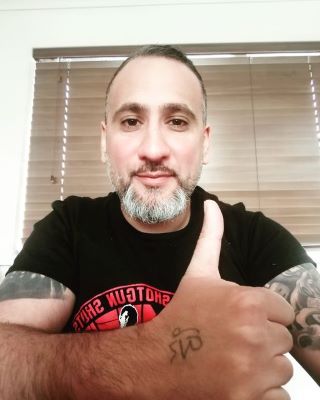 We like it when one of our articles puts a dent in a scammer’s ability to steal money from the public. On 21st March 2022 we received the email below from a very shady “Reputation Management Services” organisation, or at least that’s what it claims to be (a reputation management services organisation. The very shady bit is our interpretation).

It has come to our attention that you are hosting information on your website that is untrue, false, or slanderous.

We are sending you this notice as a final request to cease and desist the display of this page in order to resolve, in-advance, and issues or conflicts to be had in the near future.

The information displayed is unfounded and not based on fact.

The article they have objected to concerns a scam to raise money from health professionals and is operated by Ravinder Singh Dhillon (image above) and Amandeep Kaur (his wife). We have written articles about them before which have exposed their other scams, but they haven’t objected to those articles. They have only objected to this recent one which is rather strange.

The offending article was published 4 weeks ago so Rav Singh has acted reasonably quickly. The email we received was obviously sent on his instructions. This suggests one of two things. Either they are still trying to raise money for Harley Street Property Club and don’t like us putting a spanner in their works, or the victims of the scam are raising merry hell to get their money back. Needless to say we stand by every word in our original Harley Street Property Club article and we have the documentary evidence and emails from one of the victims to back it up.

Normally we would publish the website and email address of the sender of this email, but we are not going to do that in this case. The organisation’s domain name contains the word ‘hacker’ and it is registered in an untrustworthy location. We don’t want readers to click through to a site that might contain malicious content which could be uploaded to their computers. We haven’t bothered to view the website ourselves for the same reason.

We enjoyed their concept though which is explained below. Reputation Management Companies are not new. Their standard process to restore the reputation of their client is to publish positive articles on as many blog sites they can find, to buy ‘likes’ for Facebook, Instagram and Twitter accounts, and to write negative blogs about the offending article and its publisher. The aim of all of this is to push the offending article down the Google rankings so that it ends up so far down that nobody ever finds it and they also want to discredit the publisher.

This organisation has adopted a different and perhaps not quite as successful strategy. They’re really limiting their customer market. They’ve gone for the ‘black arts’ approach. Unfortunately, if the intent was to frighten us into taking down the article it won’t work. We’ve had far worse than this amateurish attempt.

To begin with they have ‘hacker’ in their company name implying that they’re not really that interested in reputation management and the domain was registered in an obscure and unsafe location late in 2021 so very few companies are likely to use the ‘reputation management services’ of this organisation. That’s not really the long-term plan because we believe this organisation is likely to just be Rav Singh and his wife.

At the end of the email, in an attempt to strike terror in the hearts of our staff, we come across their logo. We can’t show it because to click on it would transport you to their website. It is meant to be a dark and menacing man wearing a hoodie so you can’t see his face. It has text around the outside warning of their cyber powers. We were so scared !

Then someone pointed out it looks more like a very small monk wearing a very large cassock than a dangerous criminal. Perhaps there’s a sinister, tech-savvy monastic order living on this small offshore location and they follow the teachings of the ‘Holy Hacker’, mysterious Lord of the Cyber World. Who knows ? Anything is possible. No…. let’s be honest, it’s just Rav Singh trying to be a hard man. Mr Singh is going to have to do a lot better to get that article removed.

INTERCARE WEALTH UPDATE:  This is another scam which involved this husband and wife team. On 20th July 2021 we wrote this article exposing that scam – LINK TO ARTICLE. On 12th November 2021 the Financial Conduct Authority issued this warning to the general public – LINK TO FCA WARNING.  On 1st March 2022 the company was dissolved – LINK TO COMPANIES HOUSE.  The effect of the dissolution is that any party who was owed money by that company has lost the opportunity to be paid unless they pay to have the company re-incorporated. They would need the services of a specialist company or a lawyer.

What is interesting is that the investor who complained to Companies House to stop the dissolution of Intercare Wealth Ltd was paid off. The dissolution should still have been prevented for at least another 6 months, but somehow it went ahead. This suggests that the investor withdrew his objection to the dissolution when he was paid. There is only ever one reason why a company director is keen for Companies House to dissolve his/her company and that is because it owes a lot of money to creditors and the director wants it dissolved as quickly as possible. The debts die when the company is dissolved.

This should serve as a warning to Harley Street Property Club investors that the same may well happen to them.